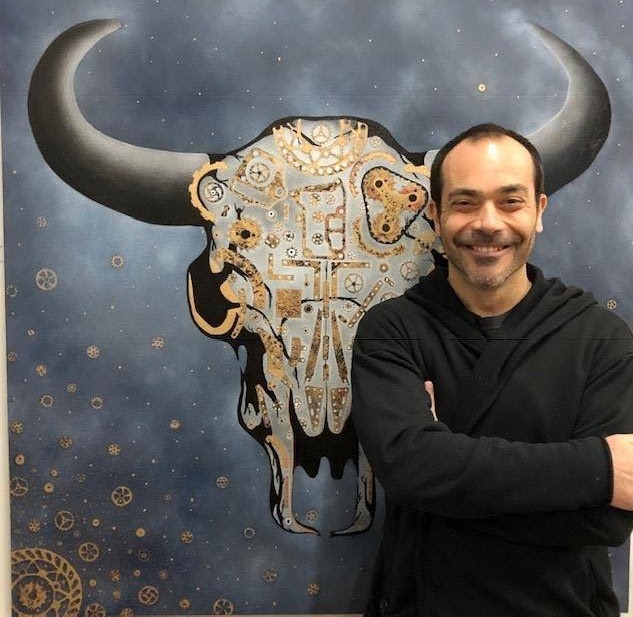 Gilles Roussel came to Houston in 1996 from France. He worked at one of the most prestigious hair salons in Houston at that time as a stylist for men. From a young age, Gilles has alway been very creative and gifted with his hands. He has always liked to create something from nothing. He also believes that he can do anything if he puts his mind to it. Then, Gilles discovered YouTube! He started to build and fix everything with the help of YouTube, from fixing a dishwasher to remodeling a bathroom to building a motorcycle and everything else he could find. YouTube became the solution to every problem he ran into. One day, Gilles became amazed as he watched street artists creating beautiful space paintings with spray paint on poster boards in just 10 minutes. Sure enough, Gilles turned to YouTube and learned the art of spray paint in no time. As a motorcycle racer enthusiast, Gilles had many motorcycle engine parts laying around the garage, and he decided to combine motorcycle parts and spray painting. The result was not convincing at first, but after much trial and error, something very original came out.

While showing his different painting style around, two artists named Mary Lacroix and Larry Bailey, who had been in the art business for a long time, told him that this style and technique was something completely new and clever and that he needed to develop and master it.

Gilles has been incorporating gears into his paintings for the past 10 years, and the reaction from people has been overwhelmingly positive. Gilles sold out at his introductory show in Houston in the fall of 2018. Collectors believe that “Gilles Roussel’s paintings are genius, clever, and unique.” Gilles likes incorporating other media as well, such as pastel and charcoal. 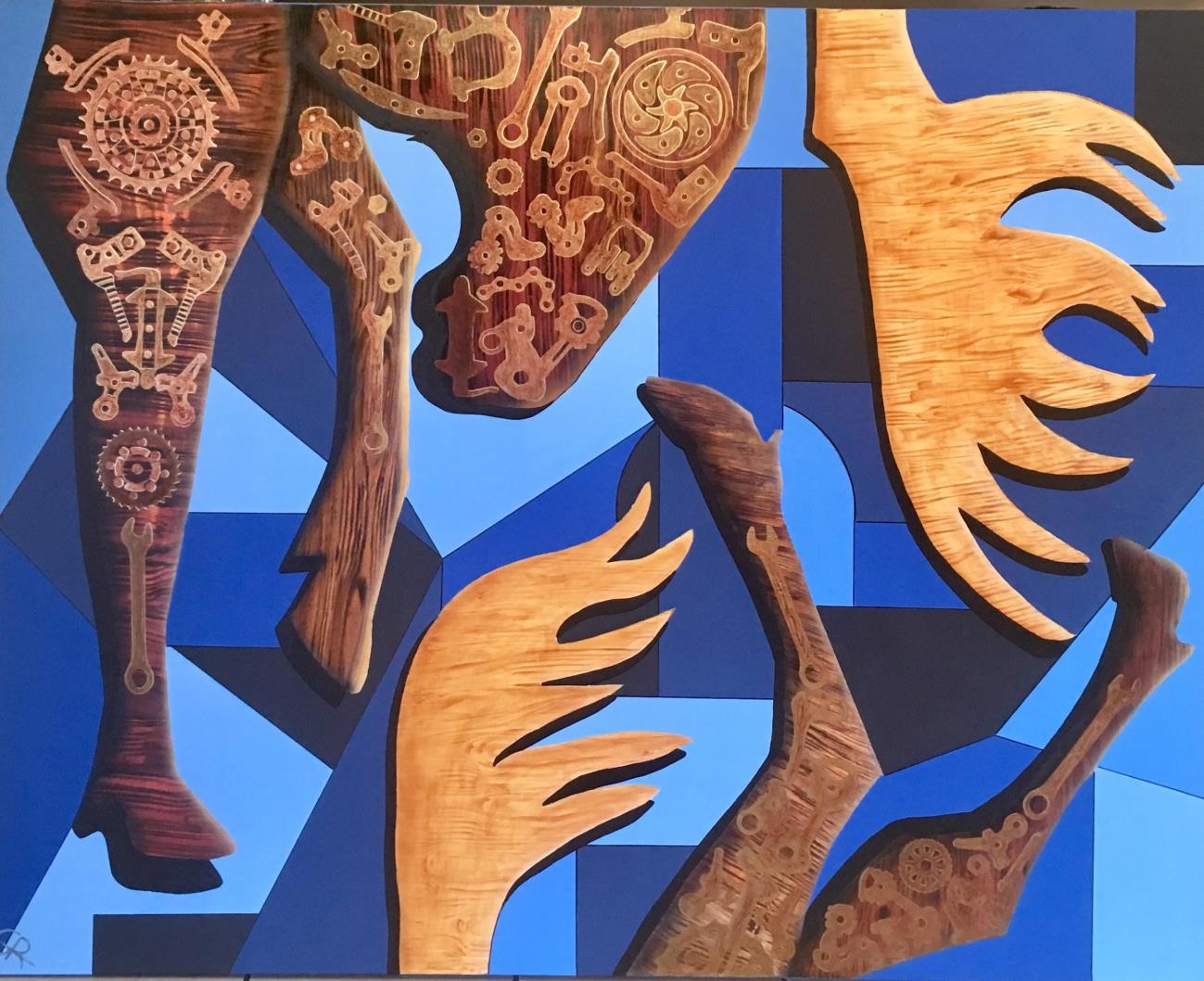 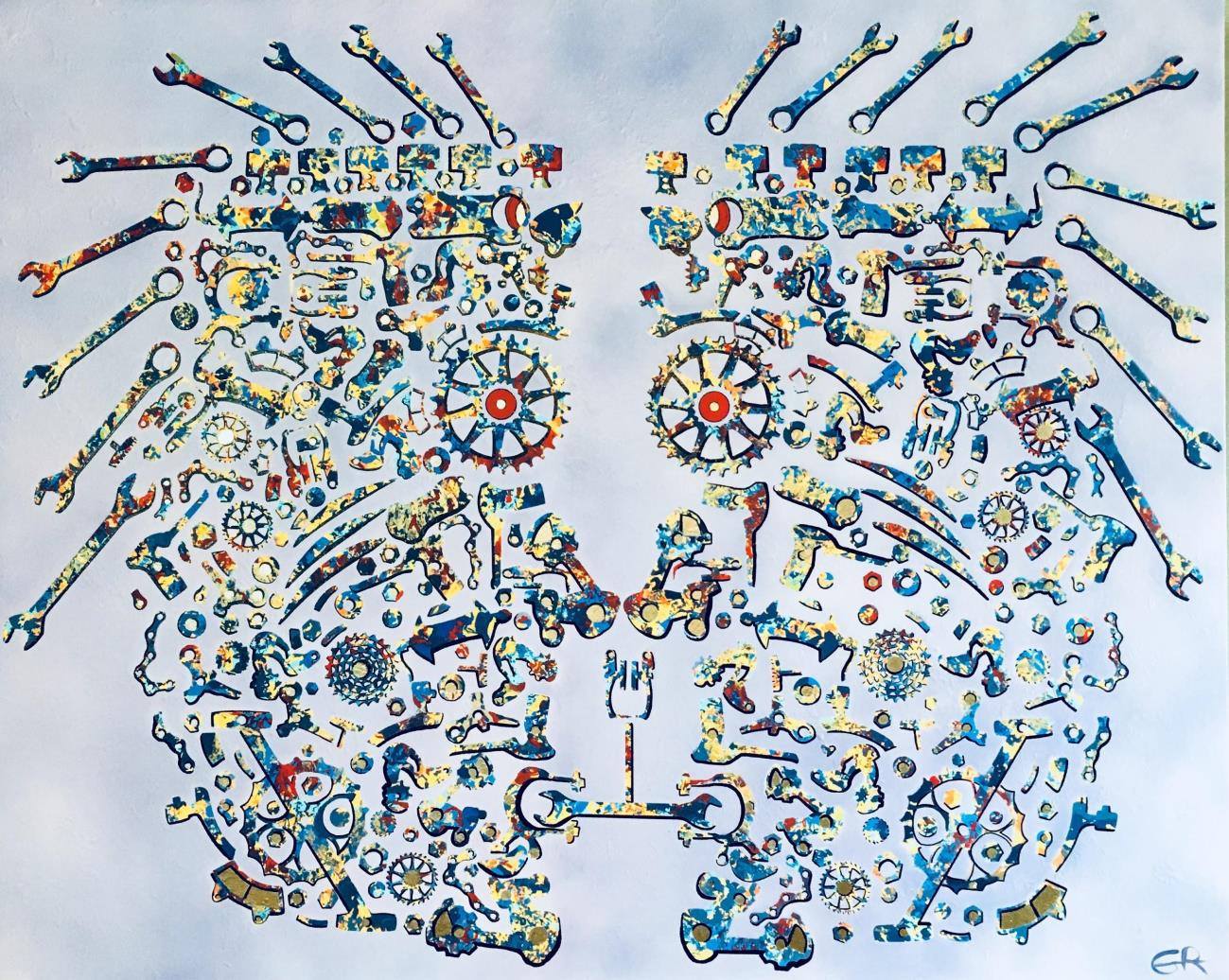 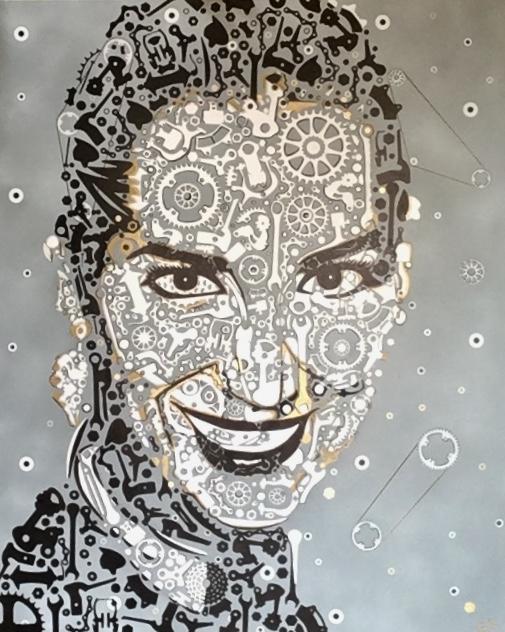 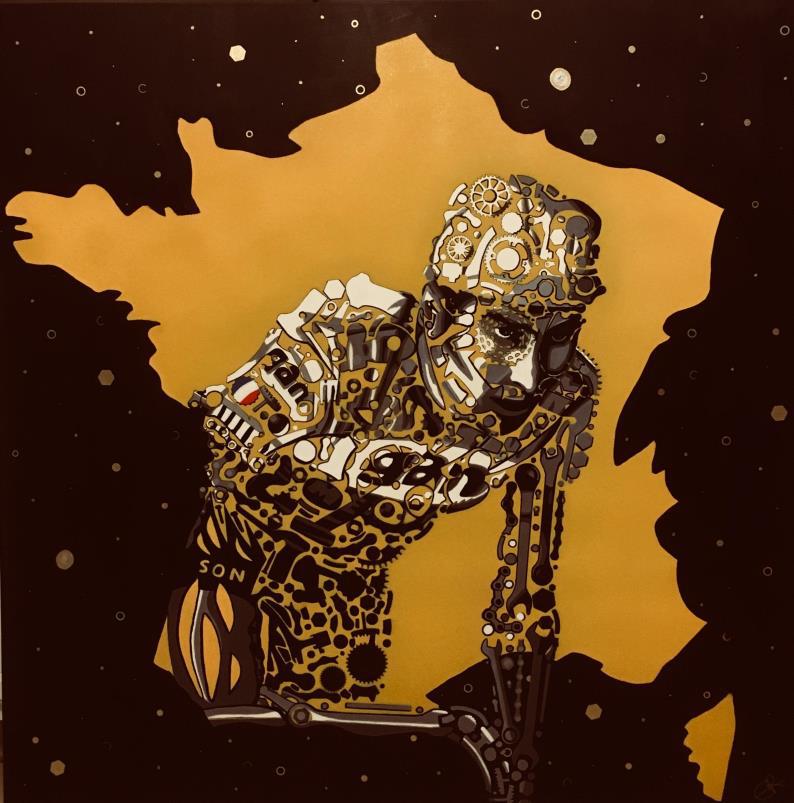 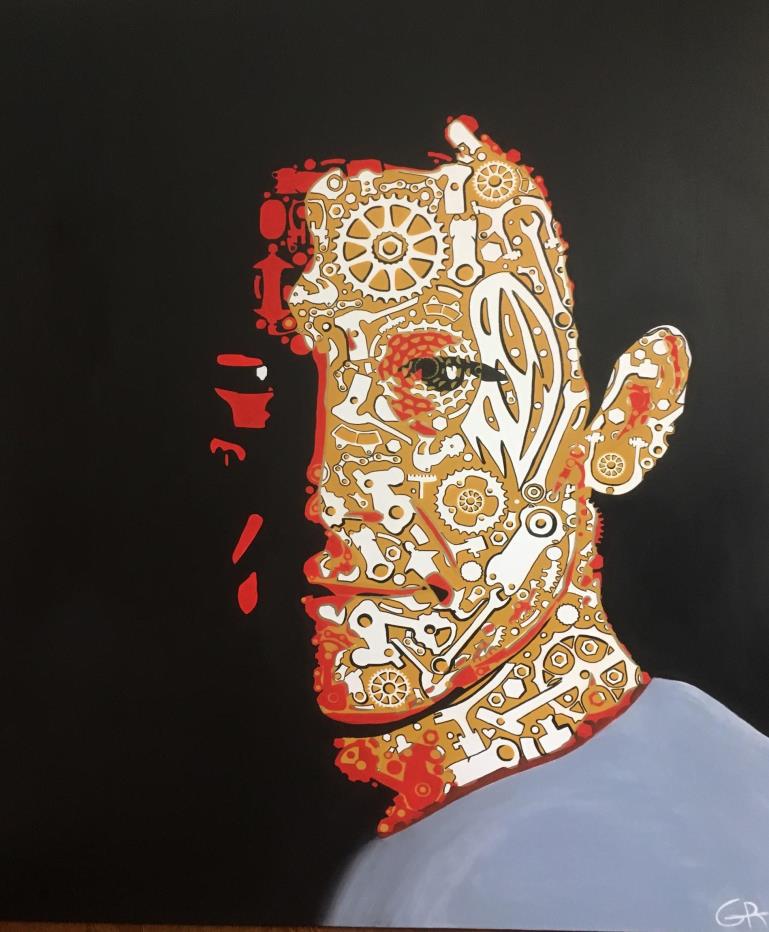 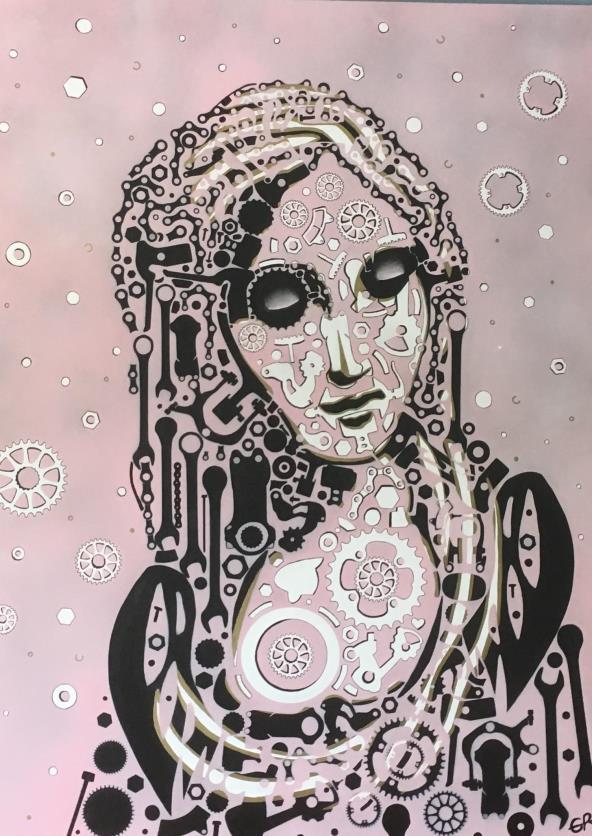 The Madonna of the Yarnwinder

The Madonna of the Yarnwinder 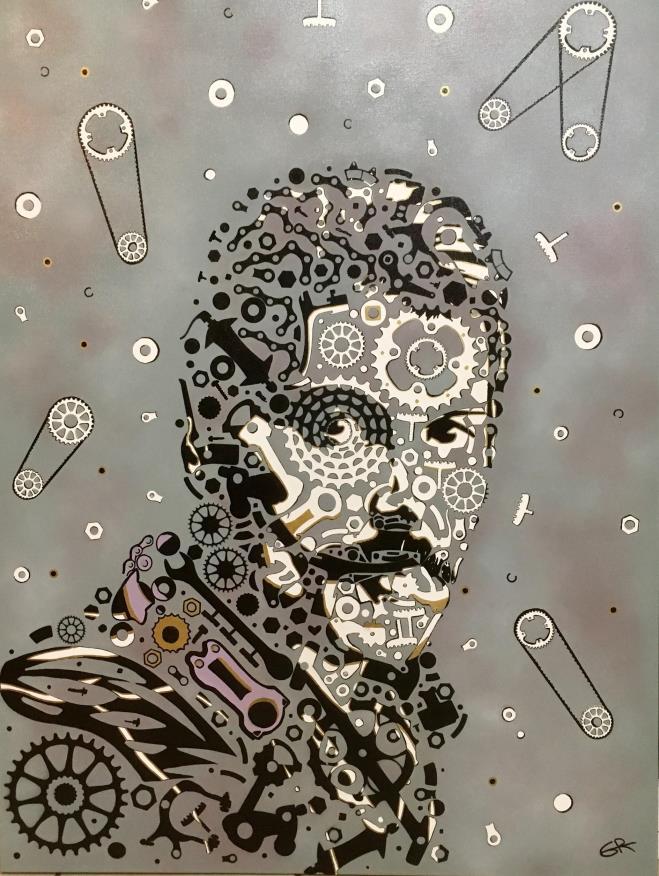 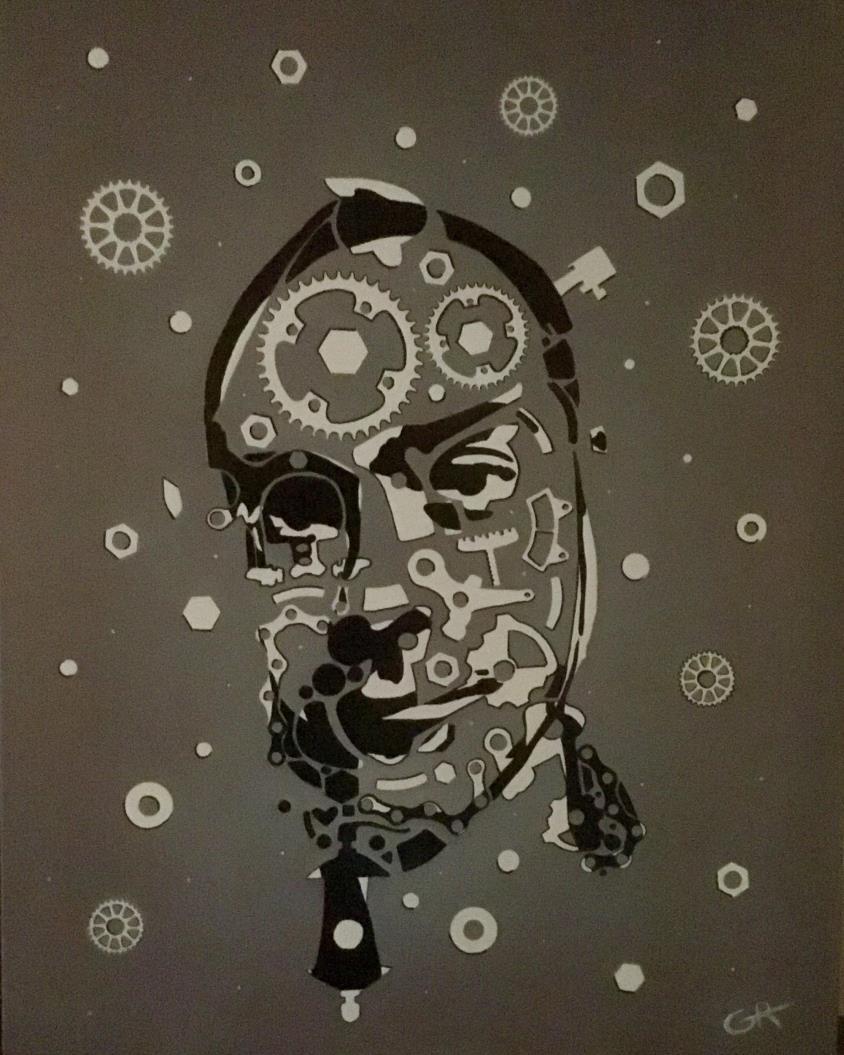 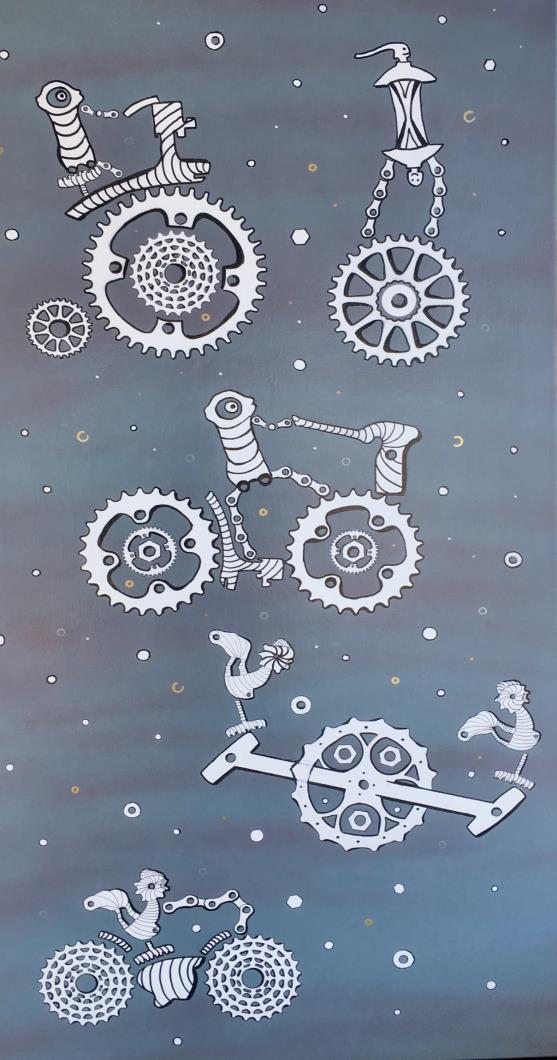 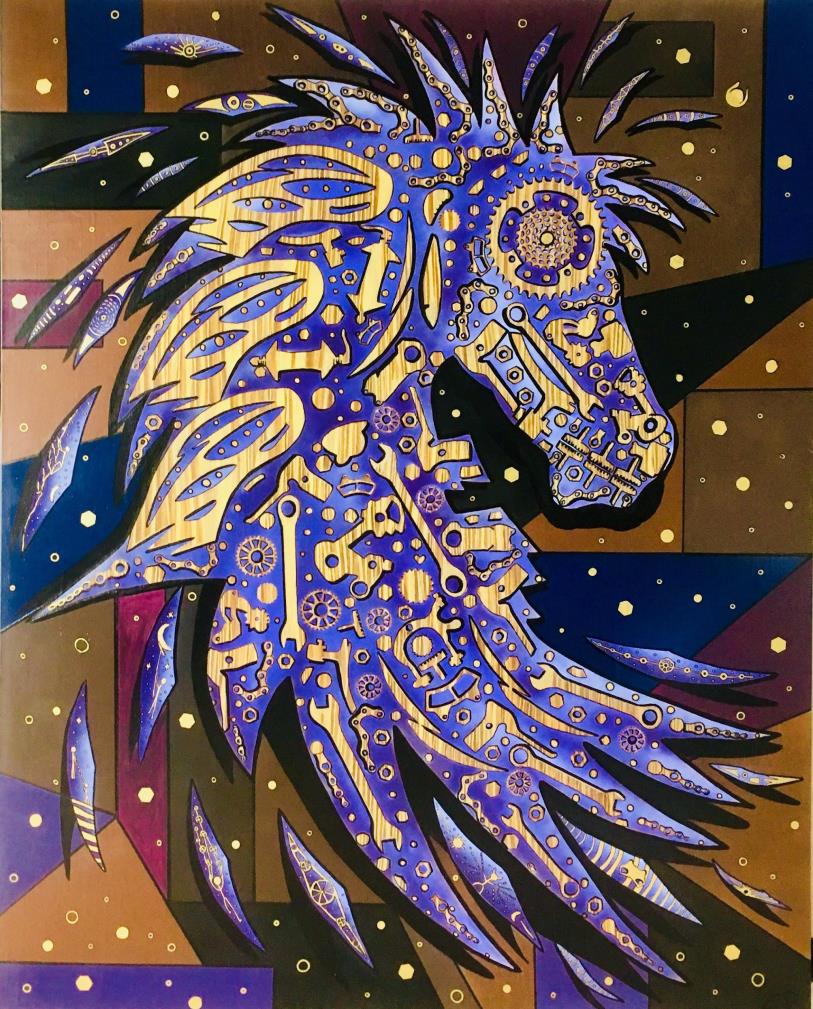