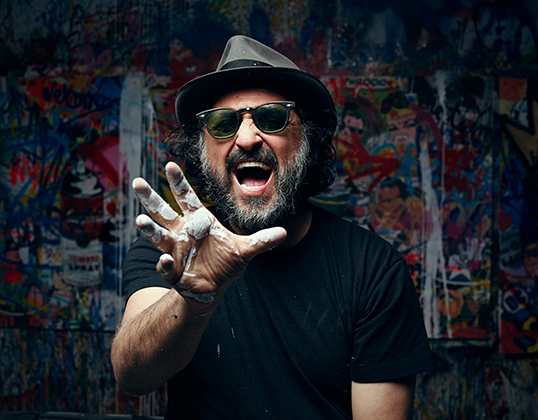 Mr. Brainwash is a French street artist and videographer whose large-scale installations have attracted international acclaim. His practice of subverting cultural iconography and appropriation borrows from Pop artists Andy Warhol, Keith Haring, and contemporary street artists like Bansky. Fellow street artist Alec Monopoly has said that he considers Mr. Brainwash a mentor. Born Thierry Guetta on November 11, 1966 in Garges-lès-Gonesse, France, he moved to Los Angeles when he was 15, where he lives and works to this day. He is perhaps best known for his role in the film Exit Through the Gift Shop (2010) that documented his rise to success in 2008. “Banksy captured me becoming an artist,” Brainwash has said. “In the end, I became his biggest work of art.” 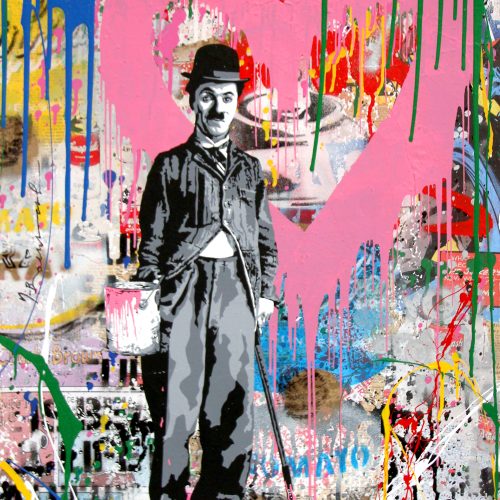 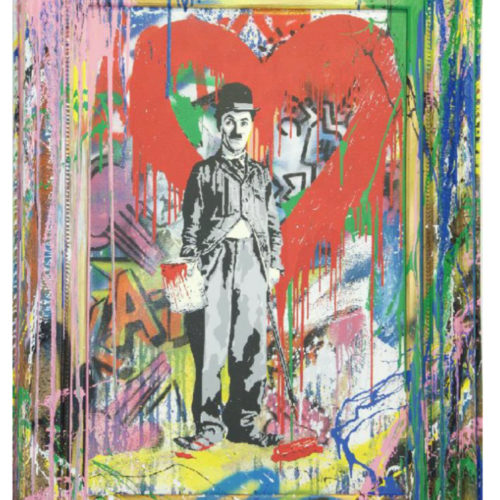